HOW TO DISPOSE OF YOUR USED MOTOR OIL: THE EARTH-FRIENDLY WAY 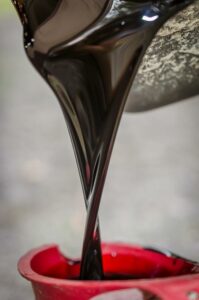 If you personally change the oil in your vehicle instead of taking it to a mechanic, one of the things you need to be careful with is disposing of the used motor oil. If you don't do it correctly, it can be very hard on the environment. It can also make a mess, damage the location you leave it in, and potentially get you fined, as well. Fortunately, there are ways to dispose of used motor oil that don't cause these types of problems. Here are some of the best ways to get rid of the motor oil you drain out of your car, so you, your wallet, and the environment are all protected.

Take it to Your Local Auto Parts Store/Mechanic Shop

Not all of these places take used motor oil, so it's better to call ahead and make sure the place you're taking it is going to work for you. The majority of shops have recycling programs though and will take used motor oil and process it for you. With that in mind, you may have to pay a small fee for this. Since mechanics and auto parts shops have to pay to dispose of the old oil safely, they may pass that expense on to people who bring them oil to dispose of. But it's well worth the few dollars to make sure the oil gets deposited where it should, instead of somewhere it doesn't belong.

Make Sure the Oil is Ready to Go

Empty gallon jugs work well for storing and transporting used motor oil. With a good drain pan, a funnel, and some care, you can transfer the oil that came out of your car into old detergent jugs or other types of containers. Some people use milk jugs, too. As long as the jugs are sturdy, they will hold the oil well and the average person will still be able to carry them around to put them in and get them out of a vehicle. There is one caveat, though. Make sure the oil is cool before you pour it into the jugs. Motor oil that's too warm can melt the plastic of a jug, which can cause the jug to leak oil and damage anything it may be sitting on or near.

Transport the Oil as Safely as Possible

With the oil in the jug, make sure the jug is capped tightly and that it will stay upright when you're transporting it for disposal. One of the ways you can do that is to put the jug inside of a sturdy box. That keeps it from moving around or tipping over, which could cause a spill. If you have a truck, the best place for the box with the oil jug in it is in the bed. Even if the jug does somehow leak, the damage will be minimized. If you don't own a truck, setting the box on the floor of your vehicle instead of on the seat is a good choice, as is putting something under it that the oil can't get through, such as plastic.

Are There Any Other Alternatives?

Some people use oil as a fuel for certain kinds of stoves. If you know someone who does, they may be able to use the oil you need to dispose of. Just be sure you know who you're giving the oil to, since you don't want to find out later that they just took it and dumped it in their backyard or something. Being responsible and getting rid of motor oil the right way isn't just about finding someone to take the oil and assuming they're doing it right. Instead, properly disposing of motor oil means following up and making sure you're taking it to the right place or the right person. You need to be able to trust them, so you can have peace of mind when you leave used oil with someone else.