10 BAD HABITS THAT KILL YOUR ENGINE 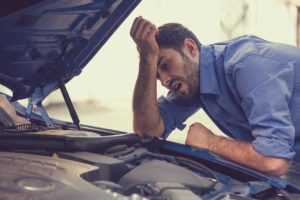 With each model year we are witnessing cars getting more and more reliable and safer. For most new cars on the market it seems like engine troubles are a thing of the past. However, don't make the mistake of thinking that the new generation of engines is indestructible because it is certainly not. Think of them as high-quality power plants that will last for hundreds of thousands of miles if properly maintained and looked after.

Even though modern engines are full of electronic sensors which help them perform better, last longer and save fuel, there are several things you should know to keep your engine in perfect shape for a long time. In fact, today, we are going to tell you about ten bad habits that will shorten the lifespan of your engine and how to avoid them for carefree motoring. So, let`s get straight to it and start showing you how to keep your engine in perfect working order.

1. Avoid revving your engine before it reaches the working temperature

This is a common mistake of inexperienced drivers and a bad habit that will seriously shorten the life of your motor. When the engine is cold, just after you started it, high revs will damage the piston rings and valve train since they are not properly lubricated. If you do this often, it will cause loss of compression and ultimately an engine failure. This is especially important if you own a diesel car or a truck. Always wait until the engine and the oil reach the working temperature before revving it or driving fast.

2. Never drive on an empty tank

We know that fuel is getting more and more expensive each day, but it is no reason to drive on an empty tank. You should avoid it simply because you are killing your fuel pump which could be very costly to replace. The thing is, the fuel pump needs a certain level of fuel in the tank to function properly. If the fuel is low, the fuel pump will either not work or overheat which will cause the engine to shut down. Always have around a half of your tank filled since it will keep your fuel pump working and will reduce wear.

Every modern car has a check engine light on the dashboard which signals if something is wrong. However, careless drivers don't pay attention to it. If the car doesn't make strange noises and it has the same drivability and performance, they don`t consider it a big deal. This is a bad habit which can lead to some serious engine problems. When you see the check engine light, always go to the shop and see what the problem is. In most cases it will save you big if you diagnose the problem early.

The key to keeping your engine and your car in top condition is regular maintenance, especially regular oil changes. Having a fresh and manufacturer-suggested type of oil in your engine guarantees its proper functioning and long life. Most owners forget or don't care about maintenance intervals which is a big mistake. The key factor of keeping any car or truck in good working order is in maintenance and regular oil changes.

5. Failing to check the coolant temperature

All current vehicles have some kind of engine temperature gauge on the dashboard. Despite what you may think, this is a very important instrument and you should check it every time you drive your car. An extremely high temperature of the engine is a sure sign that something is wrong and you should stop driving immediately. Even if the car stays cold for a long period of time, it is a signal that temperature sensors are not working correctly. So, you should always pay attention to it. 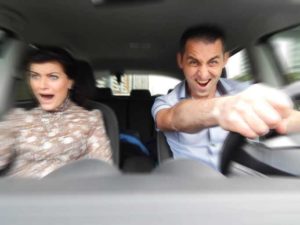 Yes, we know that this is kind of hard to ask for, as hitting the throttle is among every car enthusiast's favorite moments, but you should consider avoiding it. Hard acceleration is putting stress on the engine and other components and if you are not racing, there really isn't any need to do so. Not to mention, there's also the imprudent use of fuel and risk of getting a ticket for all sorts of reasons. On the other hand, accelerating in low gears will put the strain on the engine and always keep the engine in its optimum rev range. This will not just reward you with ideal performance but also with fuel economy and will keep the engine in top condition.

One of the most common mistakes is to drive short distances often. Short trips will not allow the engine to warm up properly and will put the unnecessary wear on the engine and all the car`s components. To be perfectly honest, 10 short trips that last a mile or so will damage your engine more than one 1000-mile nonstop drive will. Just to be clear, we are not suggesting you walk to the shop, but that you just plan your commute ahead with this tidbit in mind.

Every vehicle, even the heavy-duty trucks, has strict manufacturer-declared weight limits which you should respect during use. If you overload your car and put more weight than recommended, you can expect numerous problems, some of which are quite serious. First, you will push your engine harder since it will have to pull more weight, work harder to achieve the same performance, use more fuel, and put more stress on the internals. Second, other parts of the car will also suffer like the brakes or the suspension. overloading your car often will certainly cause problems.

For all drivers who own a manual transmission vehicle, riding the clutch is one of the worst habits you can have. We know that sitting in traffic and moving inch by inch is frustrating, and it may be easier just to keep the car in gear and ride the clutch, but you should avoid it at all costs. Having a car in gear and controlling its movement not by accelerator but by clutch will put tremendous strain on your clutch assembly and will massively reduce the lifespan of the part. The best advice is to avoid doing that even though it requires more effort and better concentration in driving.

10.  Shutting down the turbocharged engine before cooling down

More and more modern cars are equipped with turbocharged engines similar to Ford`s EcoBoost, and we feel we have to warn you about the cooling issue with this type of motor. The turbocharger is attached to the engine and it provides the additional power, and in the process, it gets very hot especially if you drive the car hard. The biggest mistake you can do is to shut down the engine immediately after you stopped driving. This will cause oil in the turbine to boil and damage the internals of the turbo compressor. You should make a habit of idling for about a minute before you take out the key since this will cool down the components equally and prevent any damage.