We Pay Cash for Junk Cars in Montana 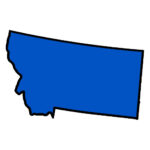 Sell Your Car In Montana To The Junk Car Medics

Pick up my car with check in hand the next day. No hassle. Great transaction.
Chris G.
Not a complicated process and all the people I dealt with including the tow truck driver were great! Easiest way to make money off of your junk car!
John S.
Everything was great except that I was quoted $145 and only received $125. Now today I received an email stating I had received $145. So not sure what that’s about. My husband dealt with the person who picked up the car and didn’t say anything to the guy when the money was short. Other than that, the person on the phone was great and he sent someone the same day we called.
Kimberly C.