HELP! I PUT DIESEL IN A GAS ENGINE… HOW DOOMED IS MY CAR?! 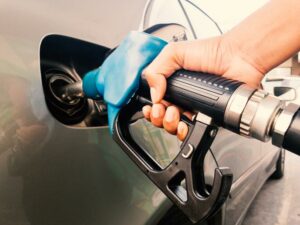 Even though diesel engine technology dates back to the early `20s, most vehicles which used this fuel were heavy machinery, boats, and military vehicles. But with the advancements in turbo technology and engine construction, diesel fuel proved to be suitable for everyday use in passenger cars and light trucks. In Europe, diesel-powered passenger vehicles are quite common. In the US, the majority of everyday cars are gasoline-powered, reserving diesel for heavy-duty pickups, big trucks, and industrial users.

The only difference between diesel vehicles and gasoline-powered vehicles is in engine technology and performance. The engine construction is basically the same in terms of configuration, displacement and electronics, with the only difference being the fact that diesel engines have no spark plugs and are almost always equipped with turbochargers. Diesel engines use the principle of self-combustion under pressure to ignite fuel and air mixture while gasoline engines do the same with the help of spark plugs.

Due to the difference in fuel, diesel and gasoline engines have different power outputs and performance. Diesel units operate at lower RPMs, delivering less power but more torque, while gasoline units have higher RPM range, more power, and less torque. That is why diesel is better for towing and why they need turbochargers to achieve the same level of power as naturally aspirated gasoline motors. One of the key differences between diesel and gasoline-powered cars is the fact that diesel is significantly more economical and can achieve higher MPG ratings.

How to Tell Diesel from Gasoline

Apart from the cheaper price per gallon on the gas stations, diesel is easily recognized for its darker amber color and characteristic smell. Diesel fuel is denser than gasoline and doesn’t evaporate nearly as fast.  Also, if you spill some on your clothes or hands the smell and reside will last much longer compared to the gasoline.

Putting Diesel in a Gas Engine: A Problem?

Yes, a big one. If you accidentally put diesel in the gas tank you are in danger of ruining your engine because the fuel lines, intake system, fuel injection and all other parts of the engine are not suited for diesel fuel, only for gasoline.

Signs You Put Diesel in a Gas Car

If you do such a thing you will realize that something is wrong very soon. If the amount of diesel in the gas tank is big, the car will stall as soon as diesel reaches the fuel lines and intake system. Due to the denser nature of the fuel, it is possible that it will just clog the fuel system and stall the engine which is the best case scenario. If the amount of diesel is smaller and it mixes with existing gasoline in the tank, the engine will run very poorly with clouds of white smoke coming from the exhaust. If you continue driving with that diesel-gasoline mixture in your tank, you can be sure that you will ruin your engine very soon.

Potential Damages and Issues: What Happens if You Put Diesel in a Gas Tank?

Diesel in a gasoline tank can cause numerous issues and even permanent damage that would kill the engine. First, it will clog the fuel lines and fuel delivery system. Different and denser fuel can damage a fuel injection system which consists of delicate fuel lines and precise injectors. Also, if the diesel fuel reaches the cylinders and gets ignited by the spark plugs, it can damage pistons, valve train, piston rings and much more due to the fact that the engine internals aren’t designed for that type of fuel. Finally, if the engine somehow manages to burn all the diesel fuel inside, the exhaust gasses will damage catalytic converters.

Interestingly, if you put gasoline into a diesel-powered car, the list of problems is somewhat shorter and your car will just stall and refuse to run. The gasoline is a finer fuel and it will not clog the diesel fuel lines, intake system, and fuel injection system.

How to Fix Wrong Fuel in Car

If you get in this situation, the first thing you should do is stop, park at the safe spot and turn off the engine, immediately. Call the tow service, take your car to the repair shop as soon as possible and explain to them what have you done. If you want to sort this problem on your own, then be ready to fully remove and drain your fuel tank, clean or replace the fuel pump, and clean fuel lines. In most cases, if the car wasn’t driven for long with the wrong fuel, cleaning the fuel system will work just fine but in some cases, you will need to clean or replace the fuel injectors, fuel filters and so on.

Is putting the wrong fuel in my car covered by insurance?

Most insurance companies exclude this situation from their insurance policies simply since it falls under the “misused” category. However, to be perfectly clear if this is covered by your policy, we suggest clearly asking the insurance agent to explain to you what will happen if you accidentally ruin your engine with the wrong fuel.

Knowing What Type of Fuel to Use

On modern vehicles, the required type of fuel is written on several visible places all in reach of the driver. Most cars will have “unleaded” or “diesel” written below the fuel gauge needle or same kind of information on a gas cap and gas cap door. Also, gas stations have clear instructions and marked different fuels with vivid colors so chances of error are minimal. Finally, modern diesel cars have fuel openings a bit different than gasoline ones and only suited to diesel pump nozzle which is very helpful since even if you’re going to deliberately put diesel fuel in the gas tank, you are not able to do so since the pump nozzle will not fit.